I absolutely adore Edinburgh (and to keep my conscience clear, I love Glasgow too). Edinburgh is a unique city in the UK, and would be hard to rival in any country with its wynds and hills and castle. We (the Scot and my parents) caught a train to Edinburgh (first class!) to show my parents a bit more of the UK. 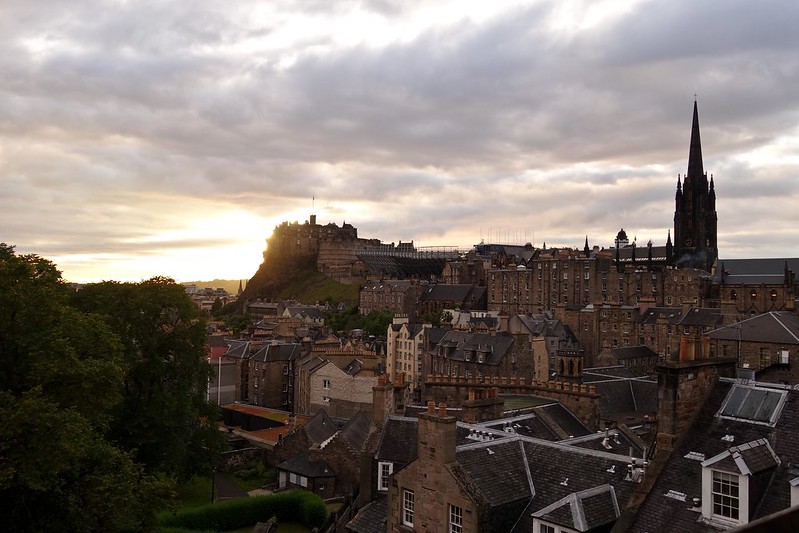 First, there’s Edinburgh castle. You can’t miss it. It’s build on top of a volcanic plug and towers over the rest of the city. It’s stoic and atmospheric, but in my humble opinion, best seen from outside. The tour of the structures inside the wall didn’t impress me, but to be fair it was the middle of February and I was cold there in July (yes, I am a wimp). It looks amazing any time of the day or night. There are impressive views from the Esplanade (big square out front) which is free to get into (and holds a special, sentimental place in my heart). 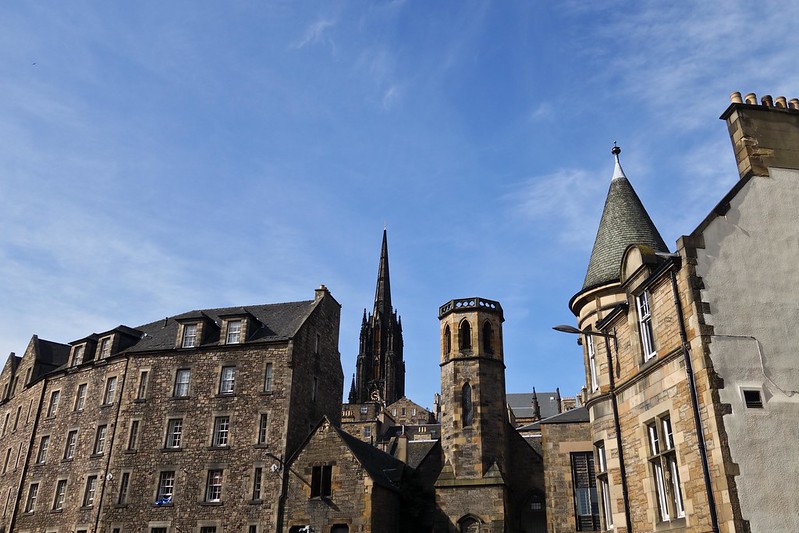 The old town is unrivalled in the UK and a lot of the world. In the words of a lovely Canadian girl I met, it looks like a fairytale and it really does. The buildings tower over on the main roads and sneakily open up into ancient medieval wynds and closes that lead up or down the hills. It’s ancient and fascinating with many of the “new” buildings built over old (with the legends and ghost stories to go with it). You can tour one – the Mary King’s close – but I imagine if you get a boring tour guide, the ticket price would seem a bit steep. 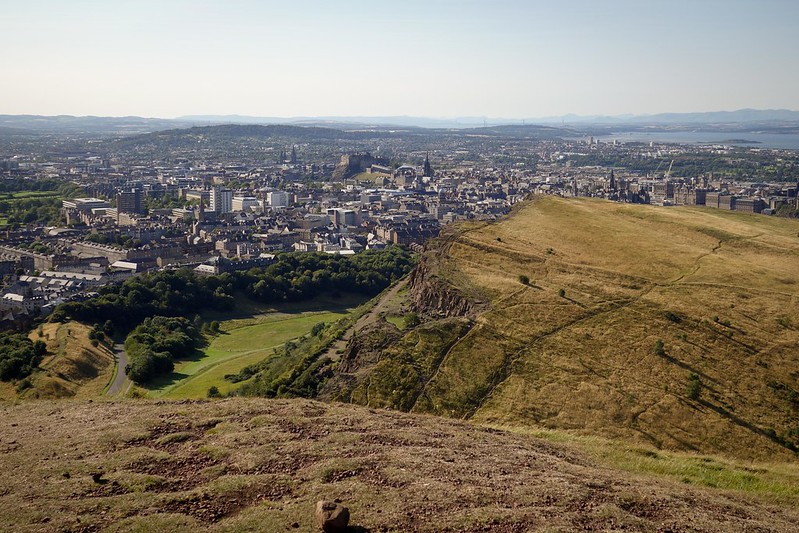 I can tick this one off my list! The Scot, my dad and I climbed to the very top of Arthur’s Seat. One of the many craigs around Edinburgh, this one is perhaps the most well known and is a surprisingly difficult climb. (How much of this was due to “short cuts” I am unsure.) We got really lucky with the weather and could see for miles, including the Bass Rock, Forth Rail Bridge and Fife (the Scot’s home territory, almost a second home to me). 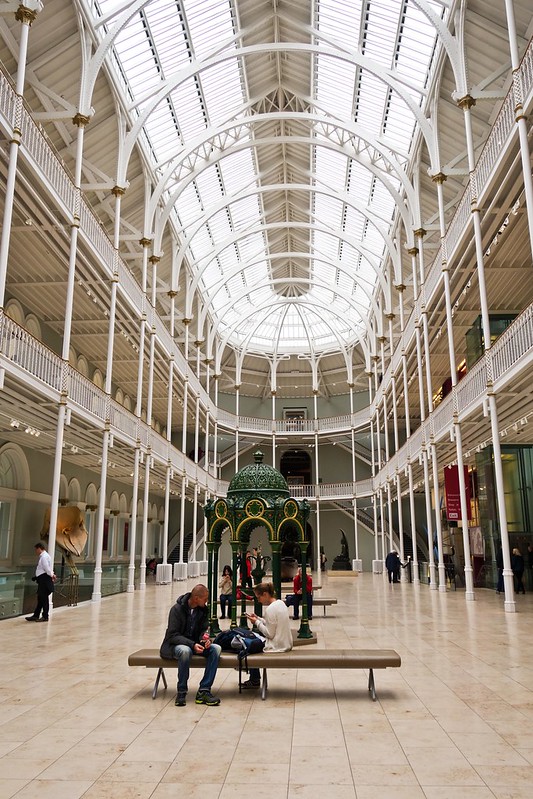 The Museum of Scotland is home to contemporary exhibits showcasing the ancient history and culture of Scotland. I loved it – not too much multimedia, really cool dioramas, robots!?!? and glass cases full of treasures. If you ever wanted to corroborate the Scottish person in your life and the ownership to the inventions of the modern world, then this is your place. 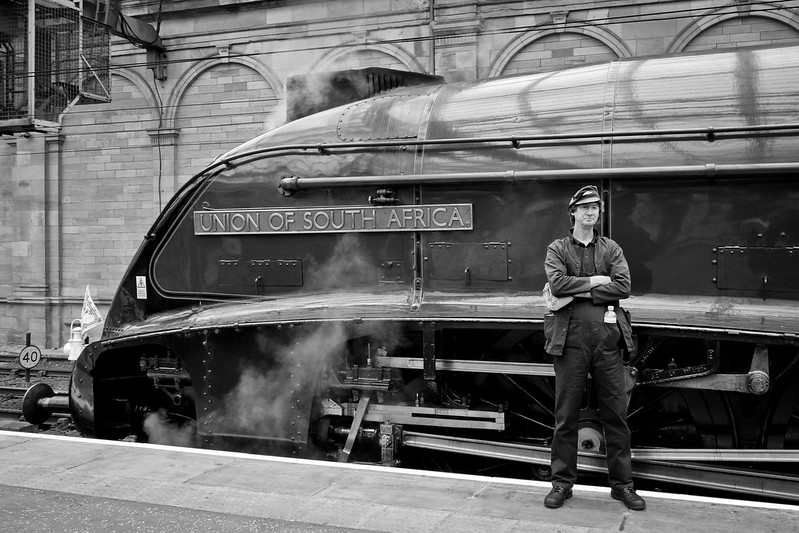 This is really a one-off highlight. The day my parents left was also the day that marked the Queen’s milestone. She is now the longest serving monarch in British history. More importantly, HRM opened up the new Borders railway line in style – on no other steam train than the Union of South Africa (60009). A beauty of a machine that hissed and clacked and gurgled in Waverley station and made my day. I know I have a bit of a thing for steam trains, but you have to admit the modern lines and presence of this one is just stunning!