Before going to India, we read as much as we could, poured over travel guides and read this really great article on the New Delhi Metro. As this was my first trip outside of the western world I really didn’t know what to expect, or if I could handle it. (I stocked up on those herbal de-stress pills in a fit of desperation.)

The article is a fantastic whistle-stop guide to some of the best sites in Delhi. After reading it, I felt like we could do it. I felt empowered to use the metro and visit Delhi (I assumed) more like we would do at home.
I especially wanted to visit the Qutab Minar.

It all seemed so easy. Hop on the Tube-equivalent and arrive at this amazing, ancient landmark. So, we did. We alighted at the advised stop and found the station is no where near the Qutab Minar.  I couldn’t see it from the surprisingly suburban-looking exit. There were no helpful ‘this way to the ancient monument’ signs. Nothing, to my untrained eye.

Perhaps because it was my first trip out of the western world, I made a false assumption that the tower would just be there. I mean the station is named after it! As I found out later, I also wrongly assumed there are street lights in populated areas, hotels are clearly marked and street names match the names listed on maps, among other enlightenments.
We did try walking. We found ourselves on a decent side walk, along what looked like a major highway and we didn’t know where we were going. It felt dodgy. It probably wasn’t but we weren’t comfortable. I felt vulnerable. We don’t exactly blend in. I am pale as death and the Scot is a lovely redhead.
We went back to the station and got a tuk tuk, eventually.  (Is it normal for other people to jump in after you’ve hired one? We didn’t think so, but I’m curious…..)
If we gave up and went back to the hotel (like I pleaded at one point), we never would have seen this. 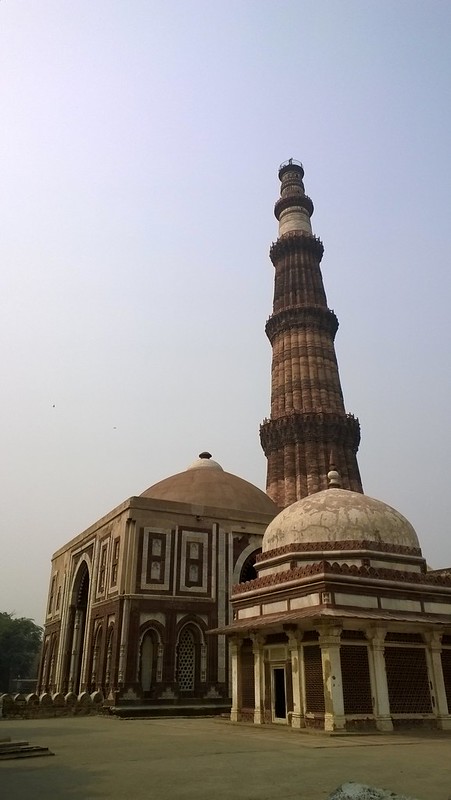 Moral: Take all advice with a pinch of salt. Be flexible and have a plan b, c, d and a snack.
And go anyway.